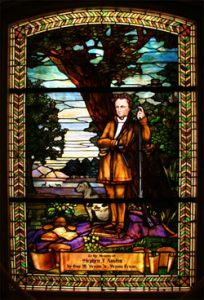 Austin College has a heritage unsurpassed in Texas higher education, a heritage that is enriched and invigorated by innovative programs, faculty, and facilities. Based on more than 170 years of history, Austin College has a distinguished reputation for its commitment to preparing students for rewarding careers and lives of engaged citizenship.

Dr. Daniel Baker, principal organizer of the college in 1849, was a Princeton-educated Presbyterian missionary. From its founding by Brazos Presbytery, Austin College has been related to the Presbyterian Church, and that relationship has given distinctive flavor to its rich and influential history.

With General Sam Houston and Anson Jones, presidents of the Republic of Texas, on the original Board of Trustees, Austin College was granted a charter in November 1849. This charter was modeled after those of Harvard, Yale, and Princeton and is still in use today. The college opened in Huntsville and admitted its first class in the fall of 1850.

In 1876, Austin College moved to Sherman as a more promising location. The college became coeducational in 1918, and in 1930, merged with Texas Presbyterian College, an institution for women. Expansion and development were interrupted by the Depression and World War II. Beginning in the 1950s, the college engaged in extensive experimentation aimed at improving the traditional liberal arts curriculum. In 1972, the college began to install the comprehensive educational program that, with some modifications, still shapes the academic life and curriculum of the college. 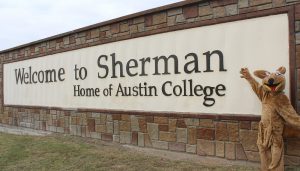 Today, Austin College’s 100-acre campus is characterized by excellent facilities that include both historical structures and modern architecture. The multidisciplinary IDEA Center, which opened in 2013, includes contemporary classrooms and multipurpose laboratories that support today’s hands-on, experiential science curricula. Native landscaping and a decorative pond offer environmental education opportunities as well as aesthetic features. The IDEA Center was awarded LEED® Gold in a rating system established by the U.S. Green Building Council and verified by the Green Building Certification Institute (GBCI). The Betsy Dennis Forster Art Studio Complex, which houses programs in art and art history, was dedicated in spring 2008.

Located within 30 minutes driving distance, the Robbie Kubela Rogers Lake Campus of Austin College is situated on Lake Texoma and is used by members of the college community for recreational activities, retreats, meetings, and camping. The college also operates five environmental research areas in Grayson County.