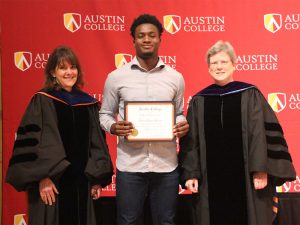 The Departmental Honors Program is designed to challenge superior students in their final year of undergraduate study to use their disciplinary training to delve deeper into a topic of interest in the major. The program emphasizes independent investigation and culminates in completion of a bachelor’s thesis that is defended by the student in an oral examination administered by the student’s thesis committee. The thesis committee consists of three faculty members; two of the members should be from within the department or program of the student’s major and the third from outside the student’s major. In some cases, specific departments have additional requirements for participation in the program. Successful completion of the Departmental Honors Program is indicated on the student’s diploma as “Honors in (Discipline or Field).”

Admittance to the program is by invitation only and is intended for students who are within three semesters of graduation. In no case will students who have less than five months of study remaining before graduation be considered. A student who has excellent research potential and has been performing at an exceptional level in the major and at a level of distinction in other courses may be invited by the department or program chair to participate in the Departmental Honors Program. The evaluation of performance in the major is made exclusively by each department or program. The evaluation of overall performance outside the department is subject to review by the Honors Advisory Committee.

Credit for one or two courses (which may include a January term course) is normally given. If justified by the nature of the project, credit for three courses, including a January term, may be given. Students may enroll in the department-based 491 course to earn the credit. Once the student has earned the credit the department is willing to endorse, the student is not required to continue enrolling in the 491 course even though the student may still be completing the thesis or defense of work. 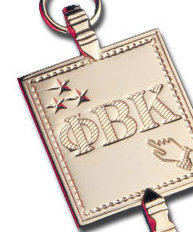 Austin College shelters the Iota chapter of Texas of Phi Beta Kappa. Election of members in course (student members) is by vote of the faculty and staff key holders of Phi Beta Kappa at Austin College. No student will establish a right to membership simply by achieving a given GPA or by satisfying prescribed requirements.

New members in course are chosen in the spring term. To be eligible for election with a year’s class, a student must have graduated in the previous summer or January, or be ready to graduate in May. Normally, prospective members must have the following minimum qualifications:

The faculty will consider all students who meet these basic requirements and will elect those who, in their judgment, best exemplify the principles espoused by Phi Beta Kappa. The bylaws provide that new members “shall be elected primarily on the basis of broad cultural interests, scholarly achievement, and good character.” They also state that “weight in the selection process shall be given not only to the relative strength of the candidate’s academic record but also to the breadth and proportion of the candidate’s program as shown by the number and variety of courses taken outside the major. Preference will be given to candidates who have demonstrated ‘a spirit of intellectual adventure’ by meeting any of a number of criteria including, but not limited to, the following: significant coursework across all three academic divisions of the college, independent research or scholarly activity, or significant advanced work in a field other than the major.”

The Dean’s List recognizes the top 20 percent of undergraduate students taking a minimum of three graded, full-credit courses each fall and spring term based on the grade point average for that term. Students with incomplete grades are ineligible for Dean’s List consideration.

Alpha Chi: A national honorary society devoted to the promotion and recognition of scholarship and of those elements of character which make scholarship effective among the undergraduate students in the academic divisions of colleges and universities in the United States.

Alpha Psi Omega: A national honorary dramatic society for those doing a high standard of work in dramatics.

Beta Beta Beta: A national honor society for students in the biological sciences. Its purpose is threefold: stimulation of sound scholarship, dissemination of scientific knowledge, and promotion of biological research.

Delta Phi Alpha: A national honor society for junior and senior honor students who have excelled in their study of the German language.

Eta Sigma Phi: A national honorary society for junior and senior students of Latin and/or Greek.

Phi Alpha Theta: A national honor society for advanced students in history. The mission of the society is to promote the study of history through the encouragement of research, good teaching, publication, and the exchange of learning and ideas among historians.

Pi Delta Phi: A national honor society for advanced students of the French language and literature.

Pi Sigma Alpha: A national honor society for political science and international relations. Eligible students will have completed 5 courses in political science, have a B average or above in those classes, and be in the top one-third of their class.

Sigma Delta Pi: A national honor society for advanced students of Spanish literature and culture. The purpose of this organization is to foster a wider knowledge of and greater love for the Hispanic contributions to modern culture.

Sigma Pi Sigma: Within the framework of the Society of Physics Students, this honor society recognizes academic achievement in the area of physics. Membership is restricted to students who have demonstrated superior achievement in advanced courses.